My first born is a boy. Ever since he was a toddler, he has always been the sensitive type. This was a bit of a challenge for J and I because, we are both outspoken people. As Apollo got older, the more we realized how much he internalizes situations more than the next person. He understood more in situations, felt everything, and was easy to cry about arguments or misunderstandings.

J and I kept trying to build up Apollo. Strengthen his heart, make him braver, and less emotional. Why? Why did we do that? Why would we want to change our sweet boy? 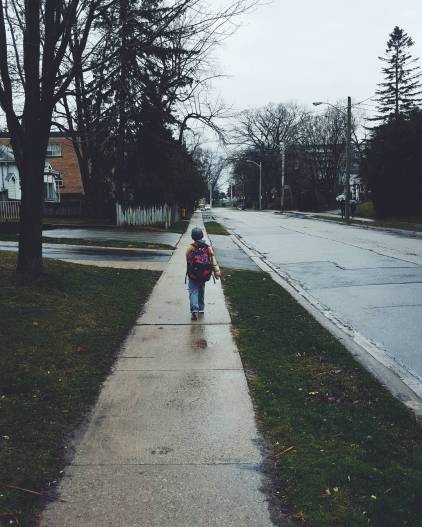 There was a phase in his life at an old school where he was being bullied. Instead of teaching him to be kind nonetheless, we advised him to fight back. To never allow anyone to touch him the wrong way, and hurt him. But he couldn’t see things our way. He would cry when we teach him how to be physical. Yes, you’re all judging us right now, but who are you to judge? You parent your way, we parent our way. I’m not asking for your way, I’m openly sharing my experience with my son, because J and I have also learnt from this. Things are different now.

J and I were angry, at the fact that our child so kind and sweet, was physically being hurt because he couldn’t find it in his heart to justify physically hurting someone else for the wrong they’ve committed. Our son, so pure in heart. But we were hurting, and our way was to retaliate. This bully even had his father say mean things behind our son’s back and even about J. The child shared these rude comments with my son, and I felt so heartbroken and angry for my son. But in all of this, my son taught us that being kind has no limits, or has no condition. You are either kind, or not. 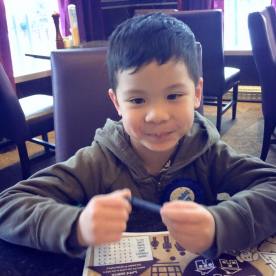 The 5 Things I Want My Sensitive Son To Know

Life is not easy my son. Life is full of surprises and challenges. What we do with these challenges is what helps us grow. I promise that while it isn’t easy, daddy and I are always here. No matter the distance, the time, the circumstance, we will always be here for you. 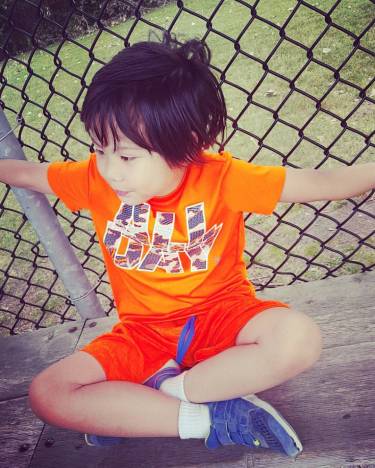 This post is probably going to make you feel all sorts of things. It’s probably going to make you want to judge me on how cruel or mean I am as a mom. Maybe you’ll find it in your heart to understand how this is a struggle for me, something that breaks my heart on the daily, something I have felt so guilty and have cried an ocean about. But I’m going to share this with you, because I don’t think many people understand the extent or the vastness of Postpartum Depression and how it effects the actual person and the people she loves the most.

My son is eight. When I first had him, I was twenty-one. I remember the day I went into labour, and feeling afraid. Apollo being my first child, I was afraid of how it was all going to happen. If I could do it. If I was prepared to give birth to a baby. If I was prepared to have a child. All the things you’re supposed to have thought about prior, came flooding in and all I could think about was, “WHY DIDN’T I READ THOSE BABY BOOKS?!” As if I was gonna find the drugs to ease the pain from labour, or get the doctor who needs to administer the epidural out of the operation room faster, because by the time I opted for epidural I was already exhausted from the contractions.

This isn’t a birth story, so lets fast forward to after he was finally sucked out of my hoo-ha to help me get him out, because I sure was not going to have a c-section. I made sure of that, I’m pretty sure I yelled that to the doctor! “Get this baby out of my vagina, however you need to, as long as it comes out from down there and not my stomach!”

He ended up having a fever after he came out, he didn’t even cry. Such a brave boy! I didn’t even know he was out, until my mother-in-law said, “Why are you still crying, he’s already over there!” I had felt so exhausted from it all, I couldn’t deal with how I felt about the guilt that my child ended up with a cone head because of the vacuums’ suction, or the fact that he has a fever now, because I ended up getting a fever towards the end of my delivery. How my weakness transferred to my son, and how he was going to spend the rest of his life having this bad trait from me.

“As Bright as The Sun and as Deep as The Ocean”

The focus of this post is to share with you how my postpartum depression experience has effected Apollo the most, in comparison to his sisters who are too young to understand or to allow the effects to consume them. It isn’t to say that it hasn’t effected anyone in my house less, but I feel like my postpartum depression has effected my relationship with Apollo the most, since it began before he had any siblings. 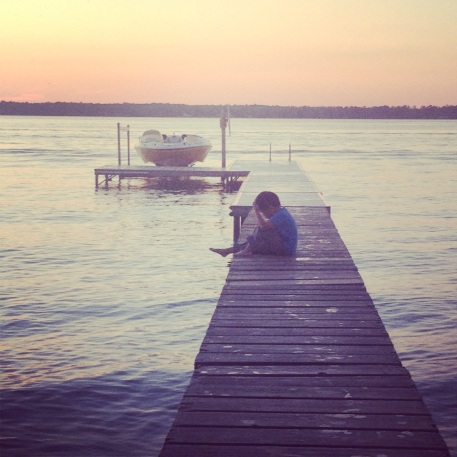 Apollo is the sweetest boy, he is kind, gentle-hearted, loving, fun, rambunctious, hyper, helpful, sensitive, and likes to keep his emotions to himself.

It has been super hard coping with postpartum depression, even with the medication the doctor has prescribed (It has yet to work, or not working at all), one in which I can only take when there is another adult to watch the kids because it makes me super sleepy and tired. Well I don’t ever get to use that one because I am never with another adult until around six in the evening or later. So during the day when my anxiety is high and unmanageable, I cannot take anything to help me take the edge off. We have no family and friends around to help because they are all three and a half hours away.

Before I acknowledged or even figured out something was wrong with me, I had spent the last few years feeling like I hated my son, because of the way I treated him. I was easy to anger, easy to yell, every little thing upset me. My OCD effected the way I mothered him, constantly on him for every little thing. “Pick-up your sweater!” “Stop jumping all over the place!” “Calm down!” And slowly it would make us drift.

“Do I not love him the same, anymore?”

Slowly our relationship struggled. I was always upset with him. He was always in trouble at school from not being able to socially align his personality (he’s medically assessed to be a gifted child) with the way other children are. I was always yelling at him for everything!

I wasn’t doing any better being the way I was with him. I could recall how I would cry and stand up for him when we were having trouble at school when he was in Kindergarten. I remember I would remind him how he wasn’t the problem and that the school was. Then that shifted a bit before Arty (my second child) was born.

I would cry every time I lost it with him. The guilt would over power me and I would drift into this hole, that even I can’t figure a way out of. I hated myself. I hated that I wasn’t the mom I used to be. I hated that the way I loved him changed. I hate that every little thing was so hard. I hated that I could no longer connect with my son.

“I hated that I was a terrible mother!”

I love him more than anything in this world! This, I know! This, I feel. But it feels like however Postpartum Depression is effecting me, it’s making my love for Apollo weak. Weak enough, that I am not the mom he used to adore! I am no longer the mom that would give him the benefit of the doubt first, who would never second-guess him, who never had an ounce of distrust! I stood up for him, no matter what! I cried for him, when he was sad, and he felt like the weight of the world was on his shoulders.