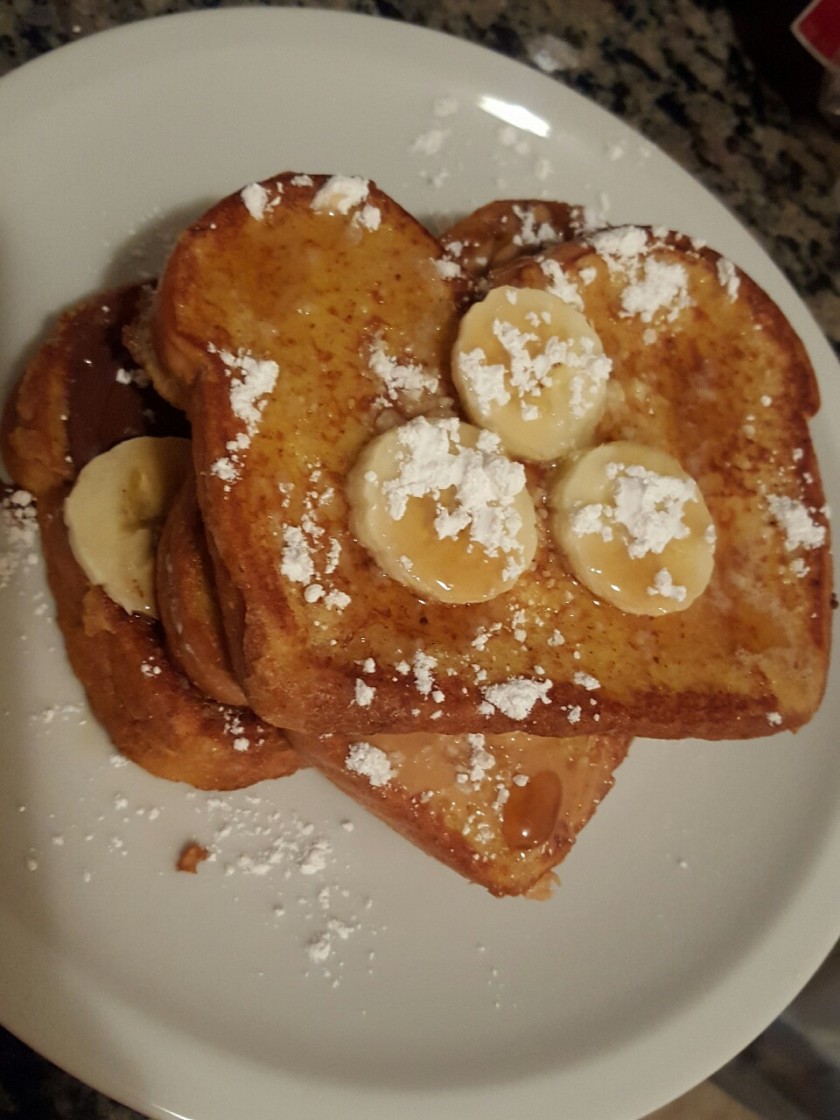 I recall buying a fresh bag of icing sugar and I had yet to figure out what I’d need it for. Tonight is unconventional- dinner, which means I’m not up for cooking crazy meals, and we’re having breakfast instead.

What’s a little naughtiness, and an awesome way to celebrate the holiday break, than some yummy, goodness, Nutella, Peanut Butter, Bannana French toast?!

There are only a few things in this lifetime that I know how to cook. I don’t have the passion to cook meals and dishes that people go “Ah, that’s delicious!” I burn things on the regular, and make creations that aren’t always delicious to most. But in the few I do know how to conjure up is this Filipino Traditional Dish, the “Sinigang”. It’s a tamarin, sour based soup, with a variety of vegetables like: egglplant, bak choy, white radish, and string beans. The meat also varies from beef, or pork. I mostly make mine with pork ribs, or pork neck bones. The meat is to help with the taste, but some people love lots of meat in the soup. J and I, prefer the vegetables and broth over the meat. So a small amount of meat to give the broth extra taste is what has me making this dish on the regular.
With the boy being sick, he’s exhausted with the chicken noodle soup, so I thought I’d make him a different cup of soup. Usually Apollo only eats the rice and broth, as most kids who know this dish usually tends to go for, but with his cough, the rice may have been a contributing factor to his cough attacks being agitated more than soothed.

What was cooking for your Friday dinner?